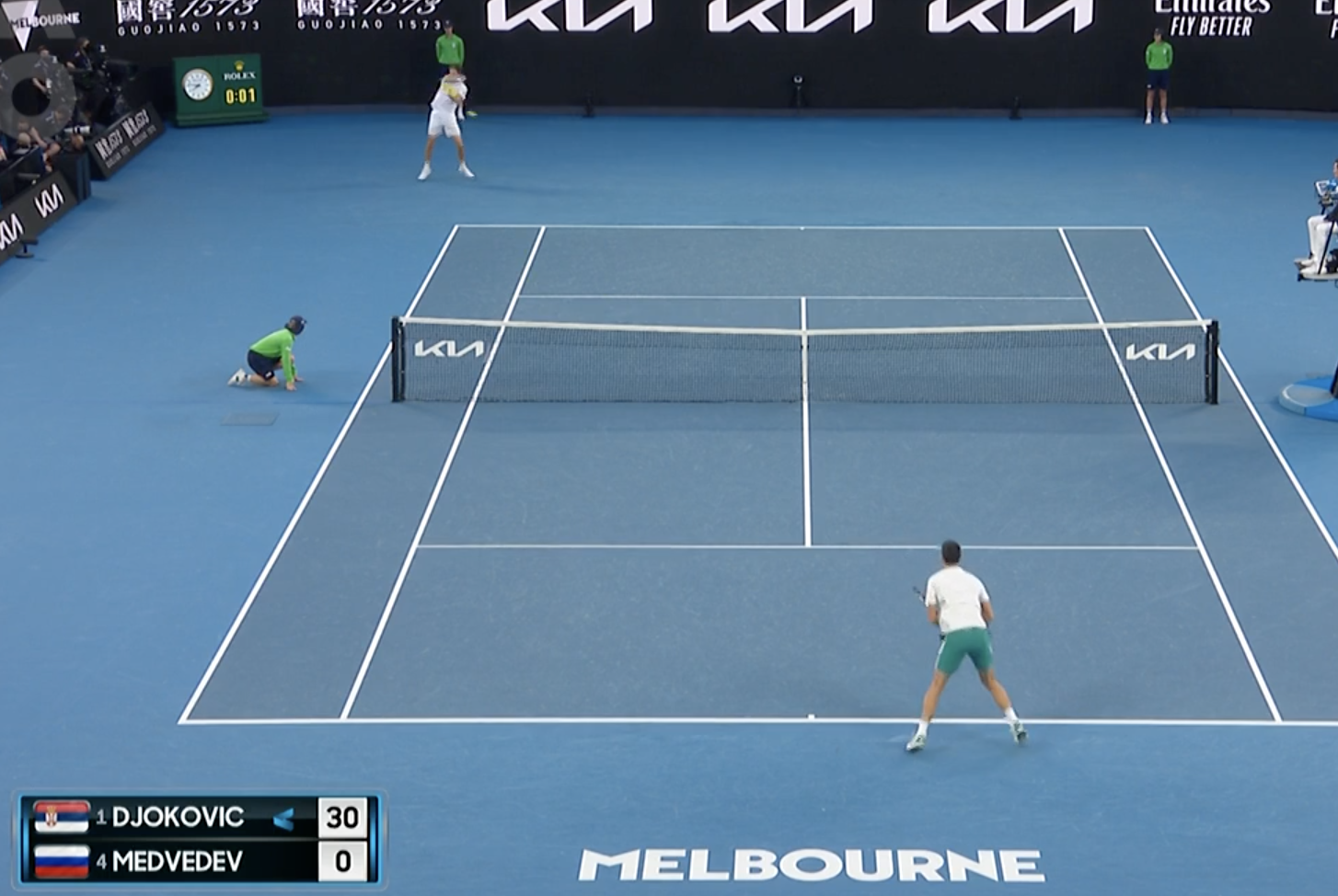 Should You Serve More To The Forehand? Novak Does.

Traditional tennis mantra dictates that the primary serve location is to your opponent’s backhand return. ✅

Then you sprinkle in some surprise serves to the forehand. The theory is that backhand groundstrokes hurt you less than forehands (correct) and that philosophy blindly carries over to the return of serve. So we serve to the backhand ad nauseam without really questioning the logic behind it. If it works for groundstrokes, it should work for serves, right?

Novak Djokovic just won the Australian Open, defeating Daniil Medvdevev 7-5, 6-2, 6-2 in a dominating final. Novak said it was overall one of the toughest Grand Slam tournaments of his career. I just compiled Novak’s serves made for the tournament against his seven right-handed opponent’s and here’s the primary place he served:

Just when you thought you had it all figured out, Novak goes and challenges one of the time-tested strategies in our sport.

I was on Novak’s coaching team from 2017-2019 and through studying match data such as this, along with corresponding win percentages, we saw a huge upside in serving to the opponent’s forehand. In the Deuce court, it was all about pulling the returner off the court to instantly open up a hole out wide in the Ad court to approach to. Not a lot of opponents have a running backhand passing shot to be feared. In the Ad court, it was really simple – a lot more backhand returns come back in play, and when they do, they come back cross court to Novak’s backhand.

Better to be hitting a Serve +1 forehand.

New to tennis strategy? The 25 Golden Rules of Singles Strategy is an ideal entry point.

Novak served more to the forehand in both the Deuce and Ad courts, and also with first and second serves. He basically threw the kitchen sink at the forehand return!

How did that go for him? Here are his serve numbers compared to the tournament averages where applicable.

This is some really interesting, thought-provoking data that needs further research. I am looking forward to seeing how other players did serving to the forehand to see if Novak is an outlier here, or the faster courts this year helped him, or it’s part of a growing trend. 😎

You may want to serve more to the forehand in your practice sets and try it out for yourself.

Email me back on the contact form at the bottom of this page and let me know what you discovered. I will add it to a new comments section below.