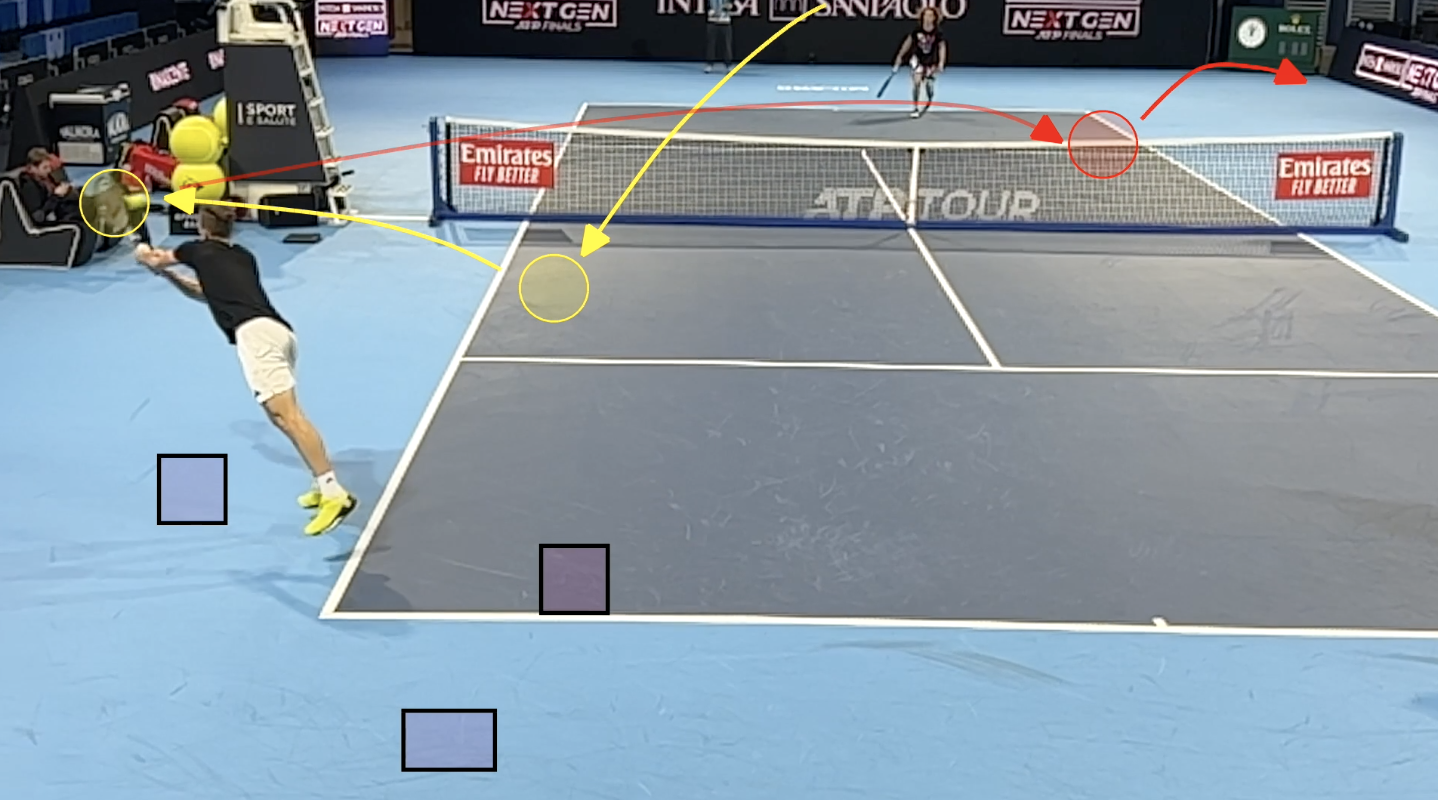 How To Handle A High Kick Serve To Your Backhand

I arrived onsite at the NextGen ATP Finals a little early today and saw 20-year-old Jiri Lehecka warming up for his afternoon match. He was working on serves and returns. He was hitting the ball very clean!  I pulled out my iPhone, recorded a couple of minutes of practice, and was lucky enough to capture this absolute gem of a backhand return.

Here’s the scenario at all levels of our game…

Most 2nd serves in the Ad court are a kick to the backhand wing of a right-handed player. It either goes body backhand or out wide. The goal of the server is to either pull the returner off the court, make the serve jump up high out of the strike zone, or jam them up, making the returner have to move away from the ball.

This 2nd serve is an absolute corker. It lands short and wide and kicks up high to Jiri’s backhand return. It’s a nightmare to deal with.

But, as you will see from this slow-motion video, Jiri gets his body into the perfect position and actually hits a sharp-angle winner off it.

Check out the slow-motion video. It has three parts.

This is a textbook 2nd serve return. The footwork is correct. The technique is correct, and the cross-court target is wonderful!

Jiri did a great job with his upper body getting the racquet correctly prepared for this tough return. I think he did an even better job with his feet by moving forward at an angle to cut it off. Definitely look to incorporate this into your own game!